REVIEW: The X-Files: I want to Believe

Posted On December 3, 2008In chris carter

Last summer the X-Files returned with a new film after 7 years and the general consensus from the critics was that the film was pretty much crap. I was so disappointed with the reviews that I skipped the movie and instead went to see the Dark Knight. Now a few months later I’ve picked up the film on DVD and finally got the chance to make my own judgment and its not good.

The film picks up some time after the end of the series with Mulder pretty much living in exile, since he’s wanted by the FBI, and Scully working for a catholic hospital. Scully, as any fan of the show should know, has always been wrestling with her faith over science and at times that made for thought provoking episodes and at its worse it put me to sleep. Unfortunately she is still struggling with it, while Mulder spends his days cutting out newspaper articles related to the paranormal and posting them all over his office.

Mulder however gets a chance to clear his name and start fresh when a FBI agent goes missing. The current “spooky” girl, agent Dakota (Amanda Peet) at the FBI calls him in for his perspective on the case and on the lone lead, a pedophile priest psychic named Father Joe played by the always great Billy Connelly. Dakota’s partner played very straight by Xzibit really seems like a tacked on character. He and Dakota really are never fully developed and never add much to the proceedings other than being the catalyst that gets Mulder and Scully into the case.

Father Joe leads the agents to body parts frozen in the snow and Mulder gets caught up in fully believing that this man is seeing these things in his head and has no connection to the crimes. Meanwhile everyone else is more than skeptical. Its basically the typical Mulder situation of he’s the only one who wants to believe. Scully struggles with accepting Father Joe as a messenger of God when he’s also hurt many children. There’s a lot boiling under the surface here but it’s nothing that we haven’t seen explored much better in the series before.

The conclusion, while interesting, is never really explained well enough to make it have an impact so the mystery seems rushed and wrapped up before your sure of what really happened. Skinner shows up, apparently just to make fans happy, and helps Scully search for Mulder. While it was nice seeing them together again it really felt unnecessary in regards to the story.

Overall the X-files: I want to believe feels like a script that would have been passed over for an episode of the series. Its boring and covers aspects of the characters lives that most viewers won’t care about. While watching the movie I honestly could not believe that it had been made with such a weak story line that had absolutely nothing to do with the continuity of the series. There was no alien invasion, no conspiracies, nothing. Just Mulder being the true believer he’s always been and Scully trying to balance her factual scientific mind with the BS of religion. How did this movie get green lit with such a weak story and why was it released during the summer?

Visually the film looks good but again nothing spectacular. Filmed during the winter in Vancouver, Director Chris Carter does take advantage of making the locations look good and giving it that gloom that the series had the first 5 seasons. There’s a whole behind the scenes extra on the dvd release that touts how they CGI’d in snow fall and had to minimize the size of the Vancouver mountains in the background of some of the shots. And I sat there listening to this asking “why?”. Why bother wasting money on visual effects shots for such a shoddy story? How about putting more time into making a movie we want to see?

Not surprisingly this film bombed at the box office so I’m not too hopeful that we’ll see a proper sequel. However, Frank Spotnitz, co-writer of the film, has already said that there’s talk of doing another that would address the big alien colonization thread from the series. I’d be very surprised if this actually happens considering the audience for these movies has shrunk considerably. I lost interest in the show when David Duchovny left and Robert Patrick came in. I didn’t even watch seasons 8 & 9 until last year and then I pretty much hated them. The series really was run into the ground in the end and the fans were screwed. I’m not sure if it can be repaired by any film at this point. While I’d like to see an alien colonization movie I just don’t see it happening. As sad as it is to say I think this film pretty much closes the book on the X-Files until we get the remake in 10 more years. 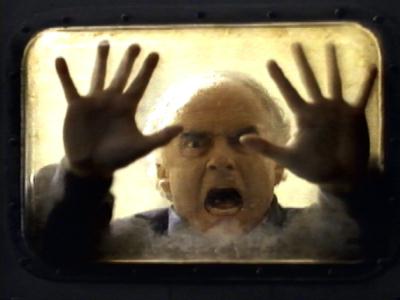 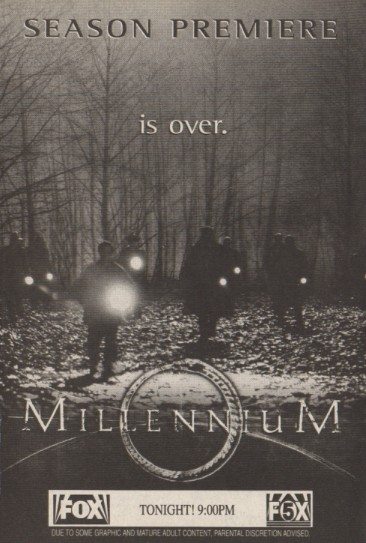