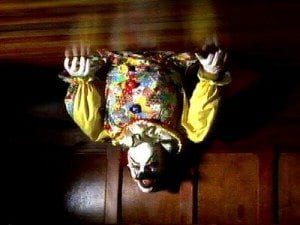 Welcome back to Episode 3 of the Big Millennium re-watch project!  This week I’m tackling Glen Morgan and James Wong’s First episode for the series called “Dead Letters”!  Morgan and Wong were a writing team that did some of the most memorable episodes of The X-Files and eventually they would go on to run the second season of Millennium and take it to some strange places. But that’s for much later in this series.  “Dead Letters” was their first job for Millennium which aired on Fox November 11, 1996 and the first episode directed by Thomas J Wright who would go on to direct 26 episodes of the series over its run.

Dead Letters opens with Jordan having a nightmare about a birthday party where there’s a crazy clown with an upside down face and her father walking down an endless staircase.  She wakes up screaming and runs to her parents room where she tells Frank that she had a nightmare.  They cuddle up in bed and Frank Pager goes off and just says “2000”. I think its cool that the Millennium group feels the need to be super cryptic all the time! 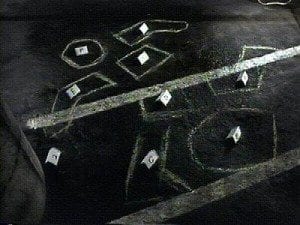 rank is called to Portland Oregon on a case of a murdered woman.  He silently walks into the crime scene without saying anything to anyone and starts looking at the body.  The detective in charge is telling him about how the killer had defecated in the room and covered it up. Frank is sure the killer left a message but nothing is found in the room or on the body.   The group tells Frank that James Horn (James Morrison) is leading the investigation and that they’re considering him for membership. James Horn is a man on edge and the writers remind us this every few minutes.  He’s going through a divorce, he’s taking all the murders personally and he’s fighting with his ex-wife over custody of his son TC.  James comes across as a ignorant and angry person right from the start.  Morrison does what he can with the part but he’s saddled with awkward dialogue that really over explains how “On Edge” he is all the time.  He tells Frank about all the stress in his life and how important his kid is to him, etc etc.  When Frank invites him over to his house for a BBQ James tells Catherine all about his stress and how TC is so important to him.  OK We get it!

So James is obsessed with catching the killer and doesn’t like Frank’s quiet introspective manner at all.  When the two are going over one of the crime scenes he gets pissed when Frank is looking for the message he knows is there.  The second murder is a postal worker who’s butchered in an elevator in the dead letters office naturally.  Frank walks in and almost immediately pulls a hair off the victim that has a microscopic message written on it. “Hair today, gone tomorrow” is the message.  Another example of Frank’s gift being almost supernatural rather than just intuitive. 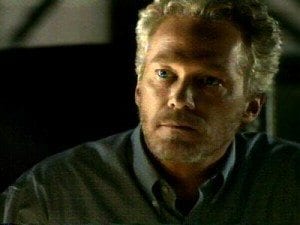 ank tries to smooth things over with James by inviting him and his son TC out to a BBQ at his house.  The yellow house is a symbol in the series of safety and family so they try to play this up by over saturating the hell out of everything. The house is intensely yellow, the trees are intensely green and so on.  Its almost jarring when you go from the drab colorless murder scene and then to this intense color palette.  I don’t remember this being quite so prevalent in later episodes so they must have toned it down after this.  Anyway Frank schools James on what the killer is doing and why he’s duck taping the faces of his victims.  James this whole time is not getting in the heads of the killer but rather letting the killer in his head.  He’s putting his own hang ups on the killer and not looking at the evidence.

The next victim is a nurse who’s lured in by the killer using the old “I dropped my glasses and my hands are full, can you help me” trick.  We finally see the killer is using a Volkswagen bus as his mobile killer lair.  What is it with VW’s and serial killers anyway?  They were driven by so many killers in the 70’s and 80’s and further back than that they were used by the Nazi’s during WWII.  So yeah lots of bad Karma coming from those VW cars.

Frank puts out a story in the local paper that the police think the killer is of low intelligence and that he misspelled venture on his last victims hair.  The hospital holds a candlelight vigil and Frank and James stake it out hoping the killer will return.  James freaks out when he sees a lone man sneak up to the memorial after everyone has left and attacks him.  Turns out it is just a patient that snuck out of the hospital but Frank notices there’s an extra cross on the memorial that wasn’t there before.  Its a message from the killer and it has the word “Ventured” carved into it.

Based on a lens they found at one of the murder scenes its determined that the killer used a one hour eye glass place and the start canvassing the local shops.  They find a woman who remembers a strange man that kept saying “I have a name” when she asked what his name was.  Some nice awkward acting here by the lens store woman too.  Frank immediately realizes that this woman is the next victim.  Using her as bait they set up a sting to catch the killer but at this point James is freaking out.  He’s seeing the killer’s VW van everywhere he looks.  He tells Frank he doesn’t think he should be there to catch this guy. Yeah no kidding buddy. Frank sends him home.  James however runs into the killer in his van on his way and decides he’s going to catch him.  He pretends his car is broken down and stops the man in an alley. He opens the van door on the VW bus and sees the bloody mess.  The killer attacks and James freaks out and beats the shit out of the guy. 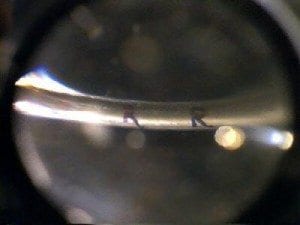 n the next scene James is packing his office, apparently fired after attacking the killer.  All the evidence in the van was inadmissible since James didn’t follow any proper procedures.  Frank tells him that they did find enough evidence to prosecute him for all the murders at the mans house.  James asks Frank how he can do what he does and see what he sees and live with it. Frank just looks on and doesnt’ answer.  The episode ends with him cuddling up next to Jordan and his wife after another nightmare.

Dead Letters is not a favorite episode for me but I like what its trying to convey.  Frank is a man who has been where James is and has come back from it.  James is internalizing everything that he sees and letting it get to him. Frank tells James that he’s letting the killer in his head and not trying to understand the killer and his motives.  Frank knows this all to well since its what led him to a mental breakdown in the past. Frank perhaps can separate what he does from his life now but he’s going to great lengths to protect his family from his work.  Its clear as I watch these episodes that the Yellow house and happy family thing is being set up as something that Frank is trying to hold up and control on his own.  Something I missed entirely back when I originally watched the series.  You can see how unstable this shielding of his family is.  The cracks will slowly appear and things will not always be bright and sunny at the Black home.

Next Week: “The Judge”