Posted On August 8, 2013In Uncategorized 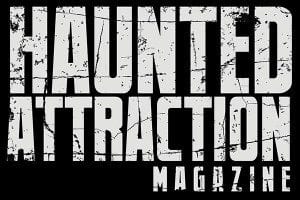 Many in the industry likely heard that HauntedHouse.com has acquired Haunted Attraction Magazine last month.  This means I’ll be co-publishing the new HA mag and will be handing all the art direction which I’m pretty excited about developing in the coming issues.  Today we made the announcement that HA will be a digital format magazine now.  This means you’ll be viewing it on your pads, phones, or computers.  I’ve already heard the cries of outrage from dead tree fans about what a travesty this is and I can’t say I have much sympathy on this.  Print magazines are dying and outdated and I imagine will likely become a thing of the past over the course of the next decade as more and more people use smartphones and tablets.   I get that there are some people that still want to sit and handle the paper but its just not where publishing is going and if you’re that eager to have a print copy you can always print it out on your printer I suppose.   We’re concerned with the future of publishing not the past and as someone who now gets almost all their reading material on a tablet these days, I have to say once you get used to it you wonder how you ever lived without it.

But the best part of why the move to digital is important is MEDIA!  Now every ad in the magazine will be hyper linked to that company, articles will feature videos and sound! As we go I imagine we’ll get more advanced and offer more rich media with the magazine than ever thought possible!  Its an exciting time for the Haunt Industry as we bring its premiere magazine into the future and make it bigger and better than ever before.  The first issue will be released next month! Stay tuned!