For 2016 we created a unique ad campaign for Los Angeles Haunted Hayride. The image was of a woman’s back with a pentagram carved into it (see above).  The image was created in the winter/spring of 2016 and unleashed on the public around May. After that the image was plastered all over Los Angeles including a huge wallscape on Sunset Blvd!  Apparently some creatives in Hollywood were inspired by the campaign because I’ve seen a couple images in the last month that remind me of the work.  The first is the most obvious one, for a horror film called Siren… 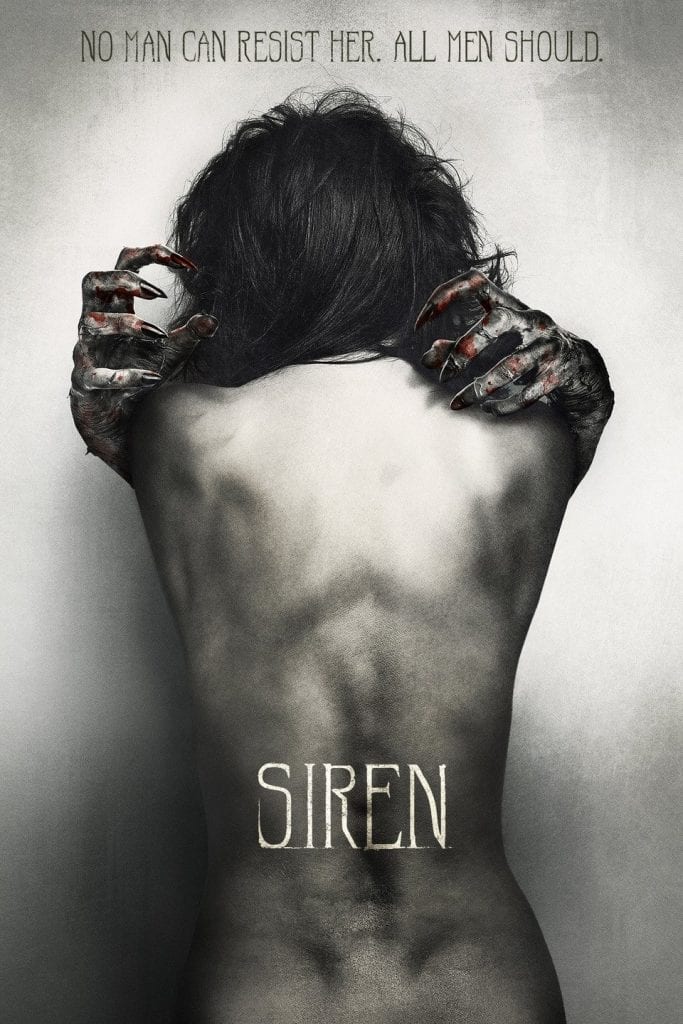 Clearly the used the same stock image of the girls back.  For big ad campaigns like LA Hayride I don’t like to use stock images but in this case we just didn’t have the time or budget for the project to shoot a actor with makeup. So the images are very similar down to a monochromatic color scheme.

And here we have the second inspired piece for a movie called ‘Rings’ which apparently was never released in October. In this case we have the logo of the move carved into the woman’s back much like the bloody pentagram of the artwork we did for LAHH.  Interestingly I did a much more realistic looking carving of the pentagram but the client felt it wasn’t bold enough so we ended up with a bloody thicker pentagram.

Now I’m not in the least offended by anyone in Hollywood being inspired by work we do.  If they did see the artwork for LA Haunted Hayride all over Los Angeles they took that idea and made it their own, they didn’t just outright copy it and that’s great!

So there you have it! Rogues Hollow is inspiring film poster design with our haunted house poster design!  Why not hire us to make a awesome poster for you?