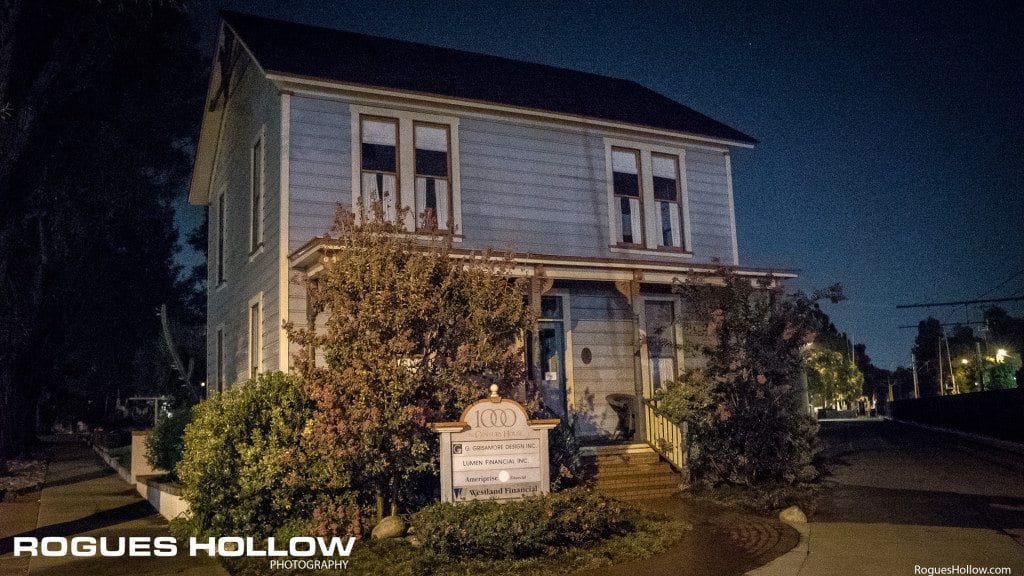 I spent several days in Los Angeles last week for ScareLA and got some time to take a pilgrimage to the original Myers House from John Carpenters 1978 Halloween!  The house was moved from its original location to down the street and is now a office for a local business.  The house sites across the street from the building that was used as the hardware store where michael got his mask.  Its now a bakery.

IT was a very cool to see the house and the best part was that I got to see them with literally no one around. I had to wait til after our video shoot at LA Haunted Hayride so I didn’t get to the Myers house until after midnight.  By then the streets were deserted and I felt like I was walking around Haddonfield!  Driving around the area I also ran into Laurie Strodes house and the building where Rob Zombie shot the school scenes in his remake.  South Pasadena is just filled with horror locations! 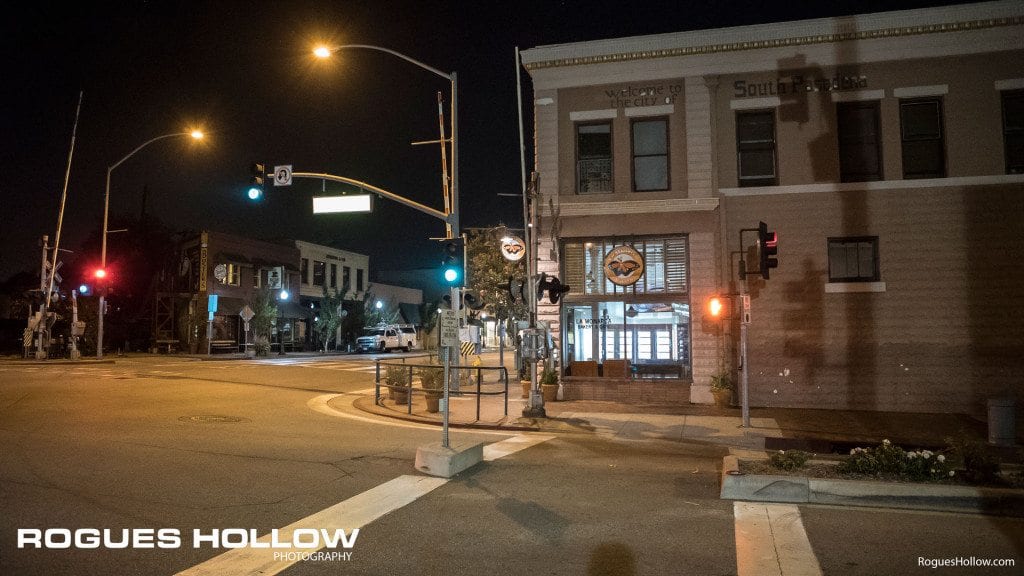 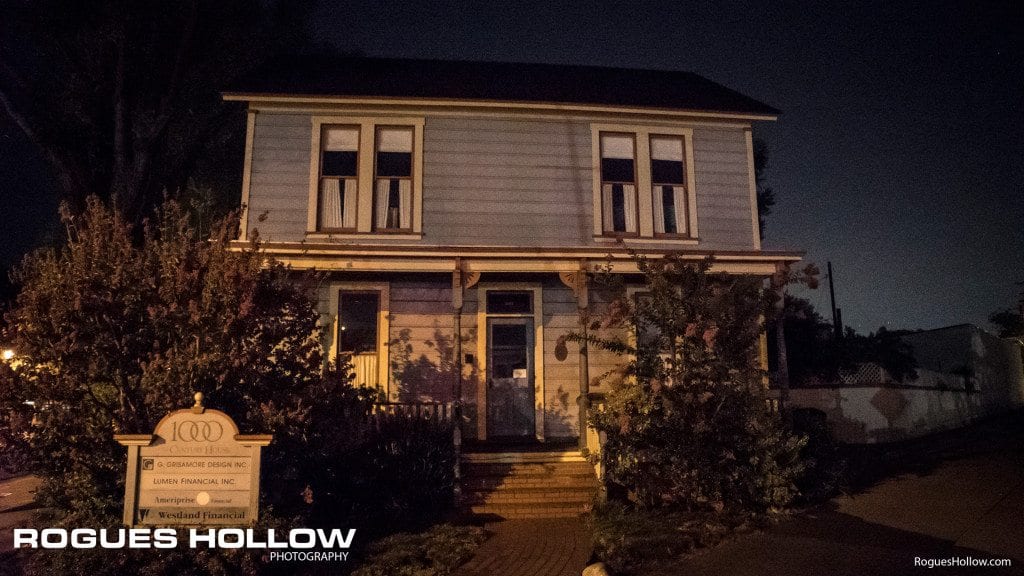