If you’re a HDSLR fan then you probably have heard about the latest from Canon, the EOS 5D Mark III. If not then Let me bring you up to speed quickly. In 2008 Canon released the still amazing 5D Mark II, the first Canon Camera with HD Video capability. Canon intended the camera to be used by photogs who needed to get video content while working on their projects for new media. But much to everyone’s surprise Indie filmmakers started picking up the camera and shooting movies with it. The 5D Mark II was responsible for a boom in HD video filmmakers who could now buy a reletively cheap camera and start making pictures. Since then the camera has been used not only in independent films and countless online videos but also in major Hollywood productions and TV shows. Most recently the camera was used for the vast majority of filming on the Navy Seals movie “Act of Valor”. But the camera has its faults. SInce it wasn’t intended to be used as a movie camera there were major issues with the sound quality and audio out capabilities. HD video out was also a problem and the small viewing screen was affixed to the camera meaning you had to get on the floor with the camera when you needed to get low angle shots. So when rumors started about the release of the Mark III everyone was getting excited. So was the 5D worth the wait and more importantly is it worth the $3500 price tag? The answer is mostly yes.

Lets start with the good: The Mark III’s biggest improvement for me is its low light capabilities. As someone who is always filming in dark places with little light, the ISO ability of the Mark II was not exactly the best it could be. When you cranked it up to the maximum 6400 you got a lot of noise in the image. Now the Mark III will take you as high as 12800 and if your feeling adventurous you can take it higher in extended modes. But the quality of the image is far and away better than that of the Mark II. In fact its just flat out amazing how great the video looks at high numbers. For filming dark scenes this camera is a must. The only thing better would be the Canon C300 which is a actual movie camera weighing in around $15,000.00. The video below shows some shots from the Dent Schoolhouse using only the light in the room and the ISO set at 12,800. The shots of the beakers and flasks are from a scene with only a few lights and a flashing overhead light that goes on and off. Even in that environment the camera behaves admirably. 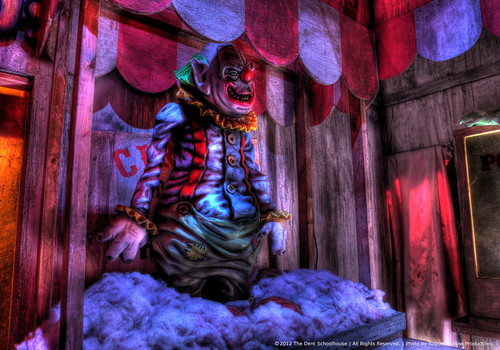 If you using the Canon 5D Mark III to take photos then your going to be very happy. The quality and options for still photography have gotten a major upgrade. You have the high ISO options but also new HDR abilities, duel memory card slots for splitting up files, a rating system, silent shutter mode for when you need to be sneaky and lots more. I’ve been very excited to take this camera out for some HDR photography which I did at the Dent Schoolhouse over the weekend. You can see some examples in this post and on my Flickr page. Filmmakers will also be happy to know there’s a headphone jack on the camera now, finally!

The Bad: The in camera HDR option seems useless for me. It doesn’t offer any real control over the final combined photo and I found myself doing my HDR photos the old fashioned way and just taking my own exposures and combining them later in the studio. Though I did like the ease at which I could chose the number of exposures I wanted. The video quality of the mark III isn’t all that. In fact you’d be hard pressed to see the improvement in video quality over the Mark II with your naked eye. The video still looks kinda soft with no sharpness to the small details. However Canon did fix the Moire and aliasing issues that made sharpening an impossibility with the Mark II. Now you can take the Mark III’s footage into your editing suite and sharpen it to bring out more detail. Its an extra step that seems like it should have been included in the camera but the finished video looks pretty good.

Filmmakers that like using HD monitors when filming are going to be dissapointed to find that Canon still hasn’t given us full HD video outs. For me this has never been an issue so I don’t really care. There’s still no 1080 mode for 60 fps mode and that sucks. 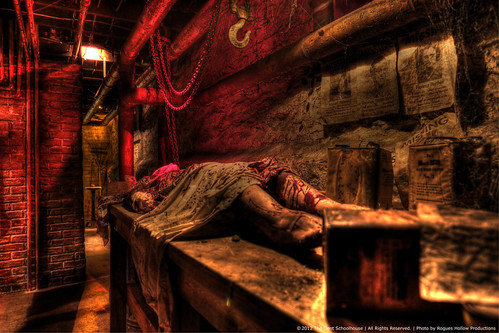 The BOTTOM LINE:
The Canon 5D Mark III isn’t going to be for everyone. In fact the Mark II is still an amazing camera and I still plan on keeping mine and using it for shoots. Buying a Mark III made sense for me because of how often I find myself shooting in Available Light and running through dark haunted houses. I heard in advance about the ISO capabilities and for me that was the biggest factor in my purchase. For filmmakers you will not see a huge difference in the video. But if you hated the lack of a headphone jack, the bad moire and aliasing issues or the horrible sound problems from the Mark II then you’re going to love the Mark III. If you’re a photographer then you’ll probably want to do the upgrade because the biggest improvements seem to be all in the Still photo functions of this camera. Bottom line for me was that I needed this camera for my work, but the Mark II is still amazing and now has dropped in price to $2100.

It’s kind of amazing where filmmaking is today thanks to Canon and while the Mark III isn’t all it could have been, its still an amazing camera that’s worth the upgrade for professionals.