The Case for a Green Hornet TV Series 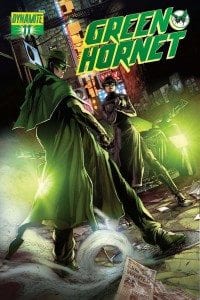 I imagine most young people only know the Green Hornet as the crappy Seth Rogan film that came out a few years ago.  A film that actually had some comedic potential when Stephen Chow was attached to it not only as the Kato character but also sitting in the directors chair.  That all changed when he left the project and it became the mediocre boring film it is.  However The Green Hornet has a much longer history going back to the 1930’s where it started as a radio serial.  Later it became a part of the Saturday matinee serials that played in film houses throughout the 1940’s before TV became a factor.  But it perhaps became most noteworthy for the short lived TV version that aired in for just 26 episodes in 1966-67.  This series found an unknown Chinese actor by the name of Bruce Lee playing the Hornet’s sidekick, Kato!  When I was a kid and watched old re-runs of this show it was Kato that I found the most exciting and cool part of the show.  The car, the Black Beauty was probably second and The Hornet was last.  Bruce Lee’s Kato was pretty amazing and it was very progressive for its time to have an Asian man playing a main character in the 1960’s.  Remember during this same time period they had a very non-asian David Carradine playing a Chinese immigrant in “Kung Fu”.

So recently I’ve been reading Kevin Smiths Green Hornet Comic book series.  Its based of his unfilmed screenplay he wrote for a Hornet film long before Seth Rogan stepped into the Green Fedora, and its pretty damn good!  The series begins with the original Britt Reid and Kato back in the day doing their thing to fool criminals into thinking their on their side but in reality the duo are cleaning up the streets and making Century City Safe!  They pull off one last job that assures the safety of the city for a long time to come and decide to hang up their masks and move on with their lives.  Britt Reid is a new father with a newborn son while Kato decides to return to Japan and clean up the corruption there.

The book then moves forward twenty some years where we find Britt Reid Jr is a spoiled rich kid with commitment issues.  Britt Reid Sr. is still running the paper, the Daily Sentinal,  but he is soon double crossed by the Mayor, he helped elect, and killed by a new bad guy calling himself the Black Hornet.  The Black Hornet is hell bent on seeing the Reid family and their newspaper destroyed by any means necessary!  However Kato and his Daughter Mulan return to Century city to stop him.    If you watched the Green Hornet movie with Seth Rogan then some of this may seem familiar.  It seems they kept some story beats that Smith created in his screenplay for the final film.  In Smith’s story Britt Reid Jr follows the similar arc of growing his ass up and putting on the green trench coat and hat to fill the role of the Green Hornet.  The big difference being that Kato, now an much older man,  trains Britt while his Daughter Mulan takes his place as the new Kato.

Mulan is pretty bad ass! She can take on just about anyone and performs some pretty amazing acrobatics in her fight scenes.  She’s a stronger character than Britt, She’s better at what she does than he can ever hope to be and she’d driven to honor not only her father but also the legend of Kato.  Her relationship is rocky with Britt who is reluctant to become the Hornet in the first place but eventually they learn to work together in order to save the city and stop The Black Hornet.  Some might think this is sacrilege to replace Kato with a female version but why not?  Its not like making Batman’s Robin a female character… Oh wait Frank Miller did just that back in the 80s.  So get past your sexism, a female Kato works!

The series has continued on now for some 40 issues so far though I’m not sure whether its still going.  But I can’t help reading this comic and thinking how well it would work as a TV series.  The issues are compact and tell stand alone stories that would work very well for a TV format and since the costumes are fairly simple in design, it should be easy to make the actors look great while they kick ass even on a limited budget.  In fact I can see this comic series being on the same level as the CW’s ARROW series pretty easily.

With this version of the Green Hornet you can have some easy going comic characters like the Black Beauty’s technician, Clutch. You have the love/hate relationship between Britt and Mulan that could slowly develop into sexual tension and spend years doing the “will they or won’t they” thing that seem so popular with tv series these days.  Best of all you have a series that has a history where there was a different Green Hornet and Kato 30 years before.  It pays respect to the past but gives the story new life with young characters that men and women will identify with.   Who knows, there could likely be some cool flash back episodes where we see a young Kato and Britt Sr doing battle with baddies in the past!  It just seems like the perfect fit for a cool TV series.  Its  not a property with a ton of baggage either. There’s no larger universe to worry about matching up to, there’s not a ton of previous films to measure up to and it has a cool hook with the Hornet being a good guy pretending to be a bad guy.

I have no idea what the legal situation is with The Green Hornet but Kevin Smith’s take on the material is pretty cool and this is coming from a guy that really dislike’s a lot of Smiths output. WIth The Green Hornet Smith managed to be respectful to the past while doing something new and exciting with it at the same time.  With the bad taste of Rogan’s Hornet fast becoming a distant memory, its time to bring The Hornet back in a form more in tune with his bad ass past! So to all the TV networks out there: Why not take a shot with the Green Hornet?